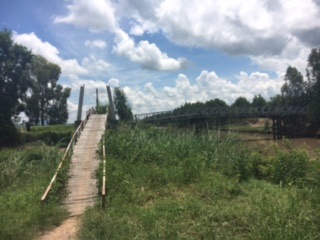 As a bit of an outing for the day, we decide to take a bit of a ride around some of the Mekong delta canals and back lanes, hopefully to also see the market at the remote 7 rivers junction.

Setting off out of Can Tho, it was a fairy swift blast up the QL1A / QL1. After about 20 kilometres or so I felt my bike begin to splutter, and realise it’s time to get some much needed petrol. Unfortunately, before we can make it to a petrol station my bike coughs for one last time and cuts out, meaning about a 300metre push across the road to grab a full up.

Once the excitement of the petrol shortage was over, it was back on the road and flying along until a right hand turn just before Xa Hiep Loi. This side road was not much more than a 2 metre wide concrete track that passed a series of small orchards and plantations. The track then narrowed considerably down to about a metre wide as it followed these narrow back canals of the Mekong.

At one point we had to ride over a very narrow bridge, and once on the other side we were greeted by very deep sand and a track that was not passable on our bikes. An old lady living in a shack by the bridge pointed us in the direction to navigate round the sand; back over the bridge and a 7 km detour. The amazing views along the canal continued right around these back roads, with next to no traffic and just locals tending to their land.

After taking the turn that we believed led us towards the remote floating market, the road widened and followed a much wider canal. A few cars on this road as well as the local motorbikes. On the water there were some small boats with produce on board. But after 5 or so kilometres we realised the market either no longer existed, or had finished for the day.

We rode back in to 7 rivers junction centre to check out the land market and see if we could find any sign of the apparently now underground snake market (it apparently used to be the largest snake market in Vietnam, but is now illegal to trade in the rarer breeds and has been pushed underground). The market itself is exceptionally busy, and great to pass through on the narrow streets and see what the traders are selling – everything from fruit, meat and fish, to building materials and farming equipment. All the stall owners are in the process of covering up their produce; but far from closing down, they are just protecting it and themselves from the storm that is coming.
We just about manage to get our ponchos on before the heaviest rain hits. It’s absolutely torrential, and we both just get our visors down and make a move for home. No stopping to take in views this time. It’s straight along the QL1 and back in to Can Tho. 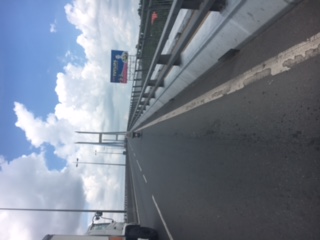 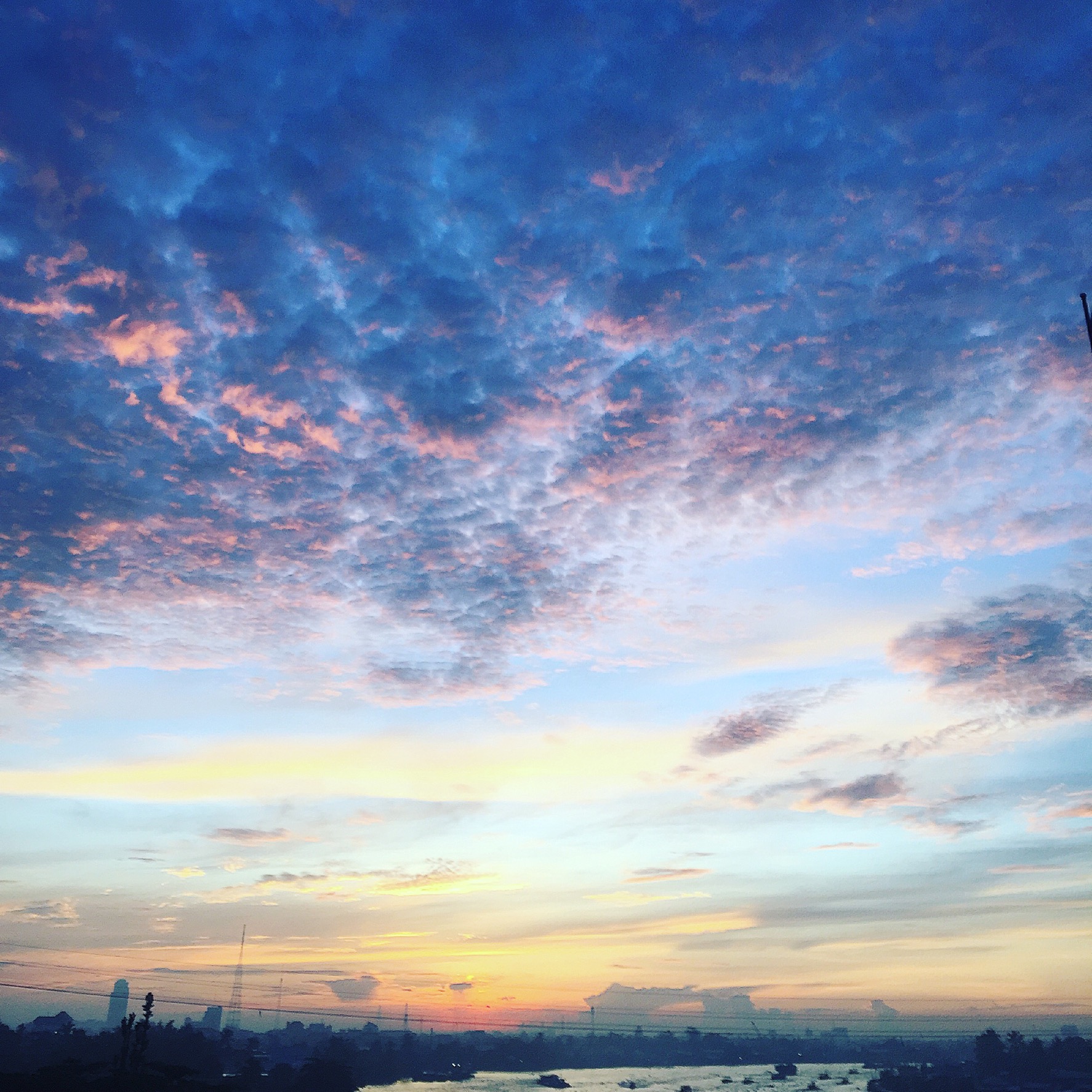