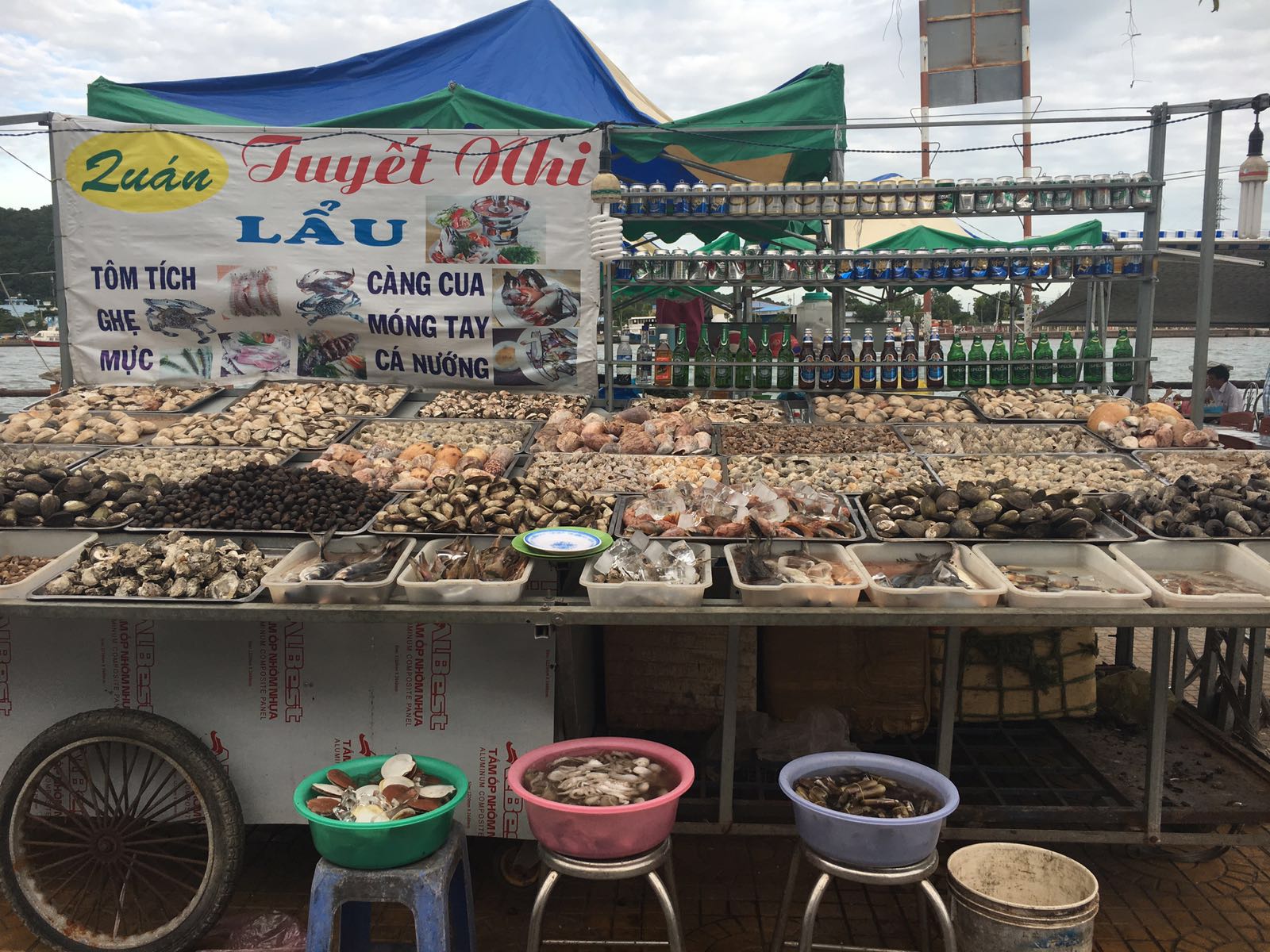 It’s an early start, after a fairly broken nights sleep with our little kitten wanting constant attention all night. I get up to go for a shower and she comes along, so I take the chance to clean out her eye (it’s looking better after a few days of cleaning). We head to breakfast for the last time in the main shelter at Ninila, along with the cat. Sharing our chicken pho with her (although she ate her chicken but mainly turned her nose up at noodles).

As we pack up we say goodbye to the friendly and helpful girl on reception. Leaving the cat lying on a swinging egg chair in the main area of the resort, and hoping she will be ok and looked after.
After a few days of fairly heavy rain the track back to the main road is thick with wet slippery mud. It’s a challenge to get through without getting muddy. A challenge only one of us succeeded at.

As we turn right on to the main road, Tracey (and her muddy feet) and I take a last look at the pepper farms that have surrounded us for the past week. We start to head up the main road to the north (having originally planned to go to the ferries to the south which have a Tarmac road all the way. But unfortunately al boats for the day were sold out, as the girl at reception told us. The road looks so different in the day than our last time along it in the pitch black a week before. As the road turns from Tarmac to dirt track at the 30km mark, we realise we are right in the coast. Small shacks, palm trees and a few fishing boats in the crystal clear water along our left hand side. This area is absolutely beautiful, and worth enduring the dirt track for. The track itself is both harder and easier than the previous week. Easier due to being in daylight, but harder due to the heavy rains and deep muddy sections.

We are making decent time up the road, but at the back of my mind is the fear of running in to a lot of traffic coming the other way; signalling a ferry has arrived. Near the end of the dirt track my fear is realised when a flurry of bikes coming other way race past us. This can only mean one thing – the ferry has arrived!

We race the last 500 metres to the docks and split up. Tracey rides to the gate to try and get them to hold the boat, whilst I go in to the ticket office to try and get tickets. The first “ticket office” whilst manned is apparently not the ticket office. I run in the direction the grumpy ticket officer points me and go in to another office, which says “arrivals” but is apparently the ticket office. There is a man in front of me in the queue, but he is on the phone, so I squeeze in and try and get tickets. I’m told the boat is full and must get the next one. After a few minutes of discussion and pleading, the ticket officer radios someone and then tells me I can get tickets. He then asks for passports. Not a problem, except Tracey has them. So I run out to get passports and then back to buy tickets. He then asks for registration of the bikes. Not wanting to run anywhere again in this heat, I race through my phones pictures in the hope of finding one of the bikes number plates. Phew – found one.
Tickets issued, I run (reluctantly) back to Tracey and the bikes, only to find we are being queued up. Seems there wasn’t as much of a hurry as we’d thought.

When we are eventually allowed to board, we realise the boat is very very full. Bikes are squeezed in between cars and buses, and finally a huge coach is backed in to place taking up the last available space. The seated area upstairs is completely full, as is any spare room on the car deck.

We hang out on the stairs waiting for the bar to open in the hope of acquiring a seat. Luckily for us we manage just that, and get an excellent comfy seat in the air conditioned bar for the whole journey.
At other end we only head upstairs when the ferry slows down. Not a moment too soon either, as the boat is literally docking as we get to the bikes. Turning the bikes around in the mayhem in the boat was tricky and involved us cutting off a few other bikes in the process. We follow the road in to Ha Tien town.

Over the bridge a local man cuts Tracey up and then pulls alongside me and is aggressively trying to sell us his hotel. After politely declining and then not so politely declining his offer when he wouldn’t leave, we finally head down the road to our hotel, past the markets and the various open air seafood places on the river front. The sounds of bird calls from the speaker systems are everywhere – used to attract birds to make the birds nest soup and drink delicacies.

We quickly dump our stuff in the room and head out in search of a mechanic to get the work done in the bikes. We manage to find a motorbike parts wholesaler, so buy replacement hub brake pads for my bike (37,000 VND) and then head back to town to find a mechanic. We find one, but given its later afternoon they are reluctant to do the work and tell us they reopen at 7.00 a.m. tomorrow.

We dump the bikes back outside the hotel, and go for a wander around the markets. All sorts of amazing fruits for sale, as well as meats, fresh seafood and clothes. The seafood on display has got us keen for some, so we walk past the outdoor seafood places on the river front and pick one to eat at.

The display looks impressive, and we pick some fish, muscles and squid along with a few beers. Sadly, when the food arrived it was the worst seafood we had eaten in our entire Vietnam journey. Struggling to finish it, we buy some prawn crackers from a young girl selling in the market, and fill up on these.

After the seafood disaster, we walk along the front and up to Oasis Bar. We’ve read about this place in blogs and heard from Jamie and Bec that the owner is great for information on the border crossing. When we arrive we are made to feel at home and sit outside. We get talking to a bloke we assumed to be the owner. It turned out he wasn’t as he let us know that John (the owner) was in the uk. However, he (Eddie) was very knowledgeable himself and gave us some great information on the border crossing and also some useful materials on cambodia.

We spent a couple of hours drinking beer and chatting away with Eddie and a local Vietnamese guide (who was wearing his pyjamas at the bar) before heading home for an early last night in Vietnam. 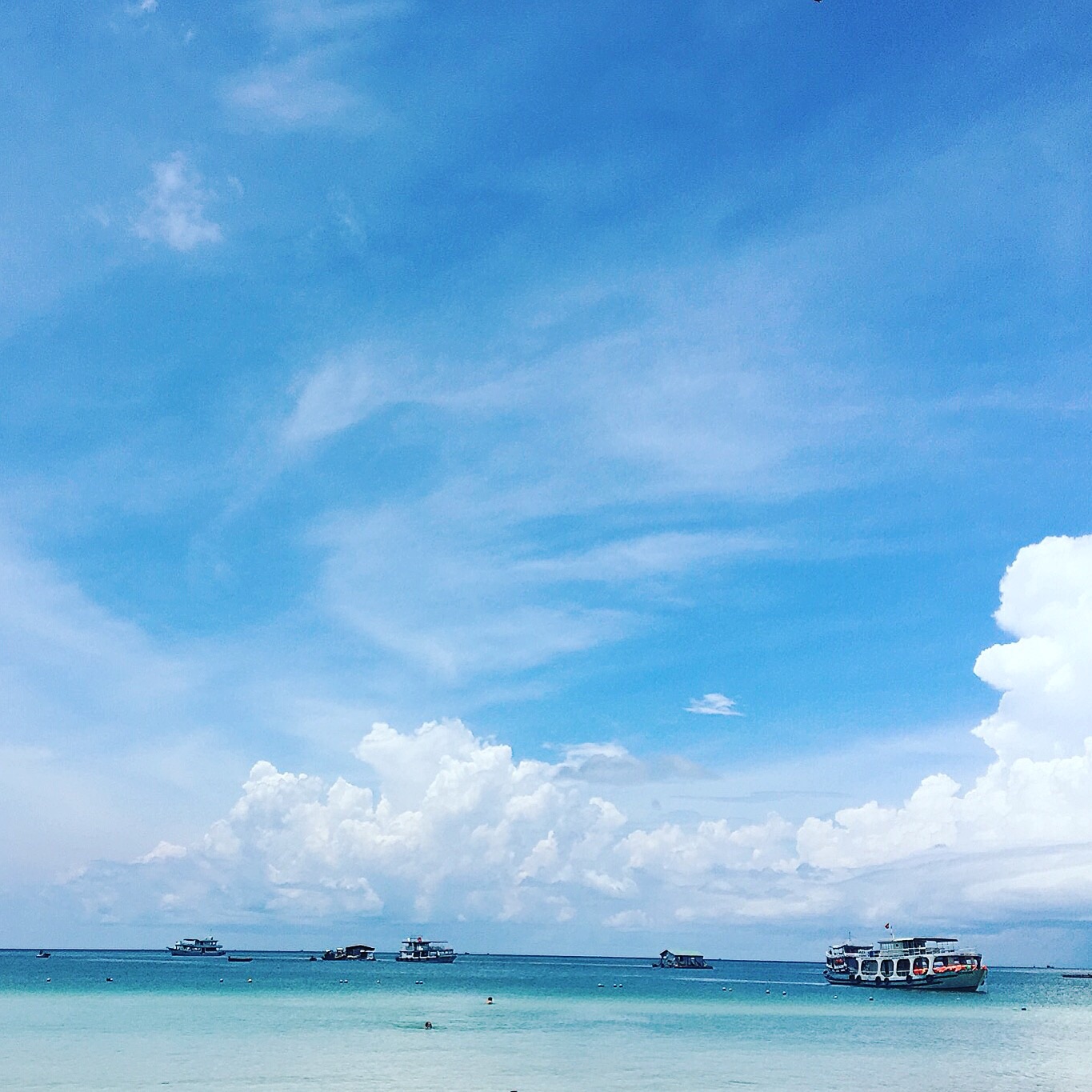 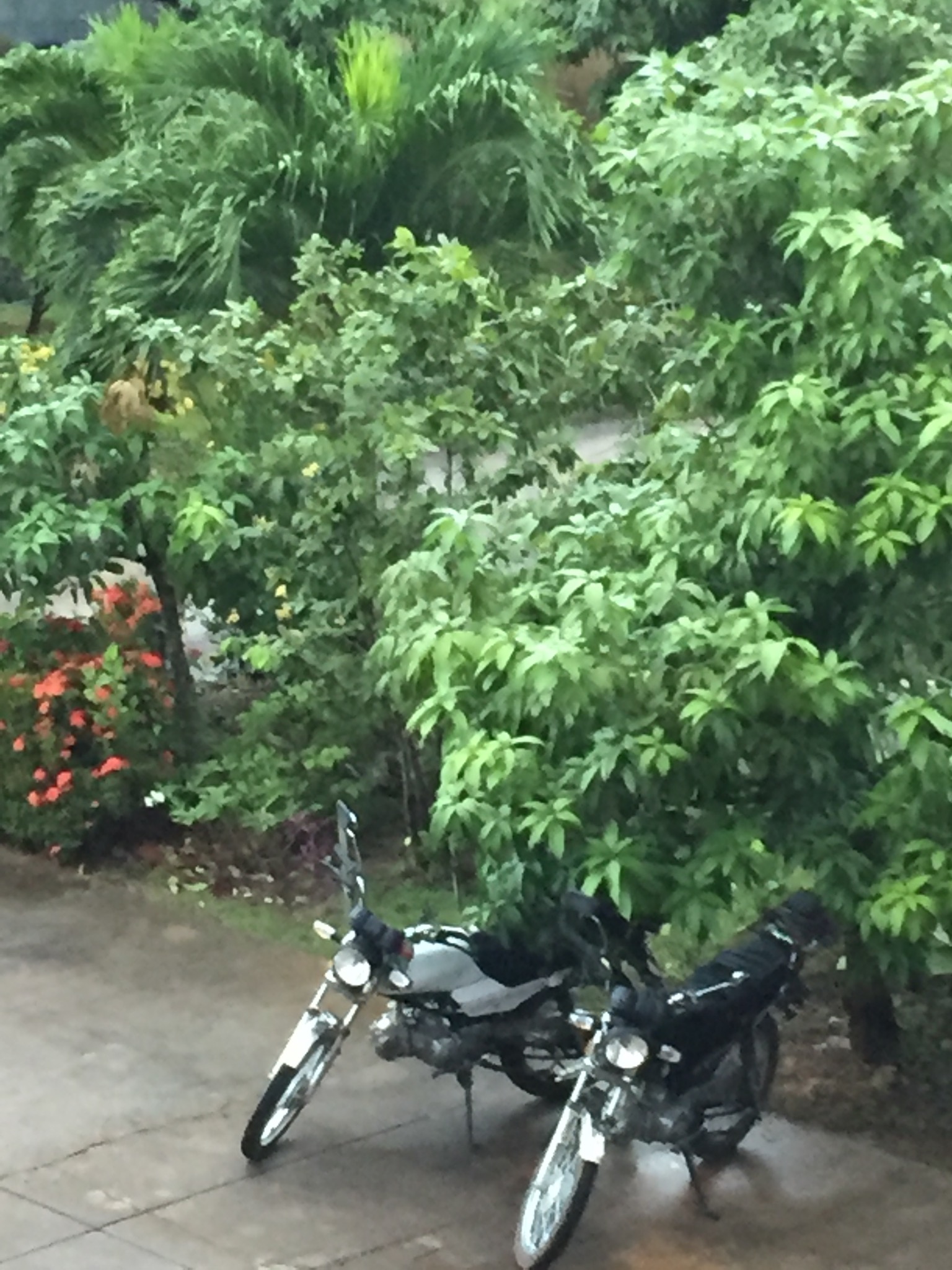 Ride day 36: Ha Tien to Kampot (across the border to Cambodia)