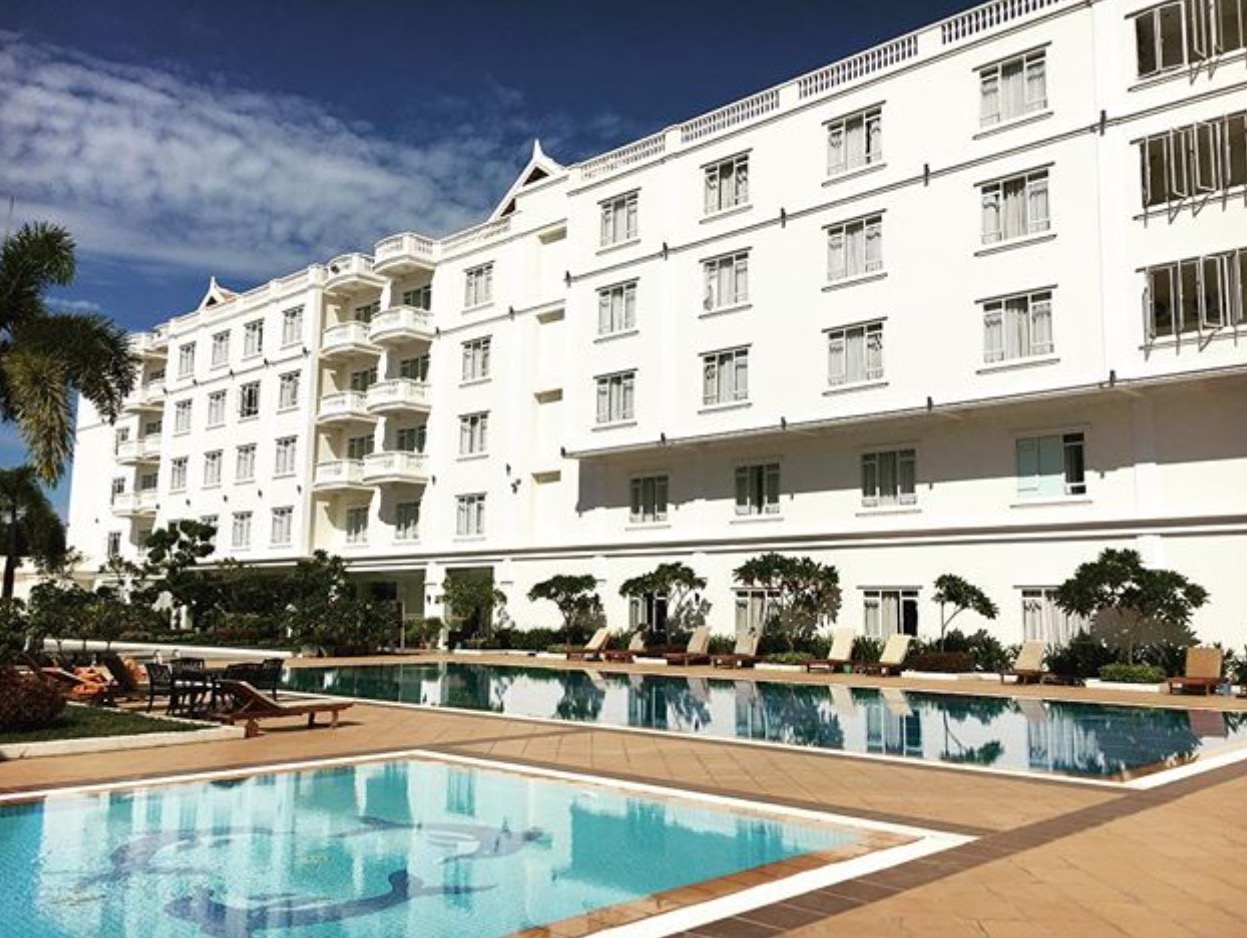 For our last morning in Phnom Penh we were up early and down for breakfast in the hotel just after 8am. The reason, well, we wanted to go see the Royal palace which is apparently open 24 hours a day. The exception to this was the last two days, which it was closed. Meaning an early visit prior to the days ride was our only option.

As we head out the front of the hotel, we approach our previous lady tuk-tuk driver who’s sleeping in her tuk-tuk. She takes us to her son and explains that he’s deaf and dumb, but if we use the map to point at, he will get is wherever we want to go. So off we set with our new driver towards the Royal palace.

The city is already very busy, as our driver winds in and out of back streets to avoid traffic. When we arrive at the palace, we manage to communicate with our driver to say we’ll be an hour or so, and agree on a meeting point. As we then head in towards the palace gates we are bombarded with a series of beggars looking for money. It’s one of the rather sadder sights of Phnom Penh.

The palace itself is US $6 to get in and walk around. A large group of tour guides hover around the entrance to offer their services for an additional fee; something that we decline given our short planned visit.

Inside the palace there are a series of temples, shrines and exhibits of Royal thrones and baby beds. The vast majority of the buildings require you to take off your shoes to enter, and photography is strictly forbidden. It’s a beautiful place and grounds to walk around in, but with very limited shade, and also unfortunately not much explanation of what each of the exhibits are. On our way back out of the palace grounds there is a very loud and heated argument going on between a woman and a man near the gate. No idea what had happened, but she was off the charts angry at him.

We wander back past the beggars to our agreed meeting point, and sure enough our tuk-tuk driver is there, sleeping on the back seat. After waking him up, he gets straight back on the bike and sets off. Attempting to offer us a day trip out to the killing fields, but quickly accepting that we just want to go to the Russian market, where we pay him US $6 for the two rides and the wait.

Along from the Russian market we stop at a shoe shop we saw the day before and Tracey buys a pair of converse ($9), then we quickly wander through the market and pick up a cheap pair of black happy pants on the way. Around the north end of the market there are a lot of motorbike repair shops and tyre sellers, for anyone needing work done on their bikes.

As we walk the 800 metres back to the hotel, the heat of the sun is really starting to build. Again come more unsolicited offers of “tuk-tuk” at every street corner.

Once back at the hotel, we pack up and manage to get ourselves ready to hit the road just after 12noon in the raging heat of the mid day sun.

Around the corner from the hotel we stop at the first petrol station to fill up before the days ride. After this it’s a ride north through town and up to the bridge we past on the way in, before its on to new roads out of the city. There is an area about 5km from the centre on our route that is full of motorbike stores for anyone needing any spares. A few blocks of tyres, wheels, exhausts, engine blocks, suspension and every other imaginable replacement part and also tuning/upgrades. Ideal for anyone wanting to get their bike sorted whilst in Phnom Penh.

From here on up to the city limits its exceptionally busy on the way out of town, with a lot of junctions with no traffic lights to be careful of. There are also a few unmarked junctions where turns are necessary, so it’s essential to keep an eye on the maps or sat Nav.

Once out of town the road clears up quickly with a good quality road, with few potholes, but super dusty. Every few km in the outskirts there are areas of mini markets with lots of people bustling around. These tend to be near schools, factories and major junctions, and mean very busy local traffic and stopping/starting traffic all over the road. Similarly to the way in to town a few days earlier, the outskirts are dotted with factories both active and meet built empty ones.

Beyond the factories there is a grim reminder of the land mines as we pass a charity centre for land mine clearance.

Following this, the scenery opens up along side of the river, with vast expanses of bright green paddy fields, some of the areas are still being planted.

As we are riding along we see a series of stalls at the side of the road with massive pots of corn on open fires, and hammocks under shelters. We stop at one for a corn and cold water at the side of road. $1 including 2 corn and 2 waters sat in hammocks out of the incredibly hot mid afternoon sun.

It’s hard to peel ourselves out of the hammocks, but we know there’s still a fair distance to go to Pursat. The roads are good Tarmac, but they are bumpy towards the edges and super dusty. We can feel a layer of grime all over us.

This area is typified by wooden houses on stilts, surrounded by paddy fields and palms. Not a lot of infrastructure other than small hamlets, and the splattering of Cambodia and Angkor beer signs, signalling a cafe or rest stop. We again avail ourselves of one of these stops for a couple of ice cold cokes out of the heat of the sun.

Setting off from this rest stop, the roads are starting to get busier with local traffic. People going home from work, and groups of kids riding their bikes home from school in uniforms of black trousers or skirt, and white shirts. There are loads of kids playing at the side of road. One troop is playing on some old massive concrete pipes with kids chasing around on top playing chase jumping from pipe to pipe.

Looking west towards the mountains we see kids waist deep in the water by the paddy fields playing around, whilst the farmers are bringing their buffalo home for the day. Some lucky buffalo are just chilling in the ponds to avoid the heat.

Both of us are getting tired from a hot long day on the bikes. As we pull in to Pursat and cross the river, we check online for local hotels. We check in to the KM hotel – good price and great facilities including a huge outdoor pool with river views. The room itself is nice enough with a good bathroom, but unfortunately has a smell of stale cigarette smoke.

We both shower up to remove the grime and dirt from the days ride and head to a highly recommended local restaurant a short walk away. A few kids on the way there are delighted to say hello and practice their English and shake hands. On the walk down to the restaurant we are treated to a walk straight towards one of the most spectacular sunsets of the trip so far. At the restaurant itself we enjoy a beef Lok Lak and pizza washed down with beers, then walk home and fall fast asleep. 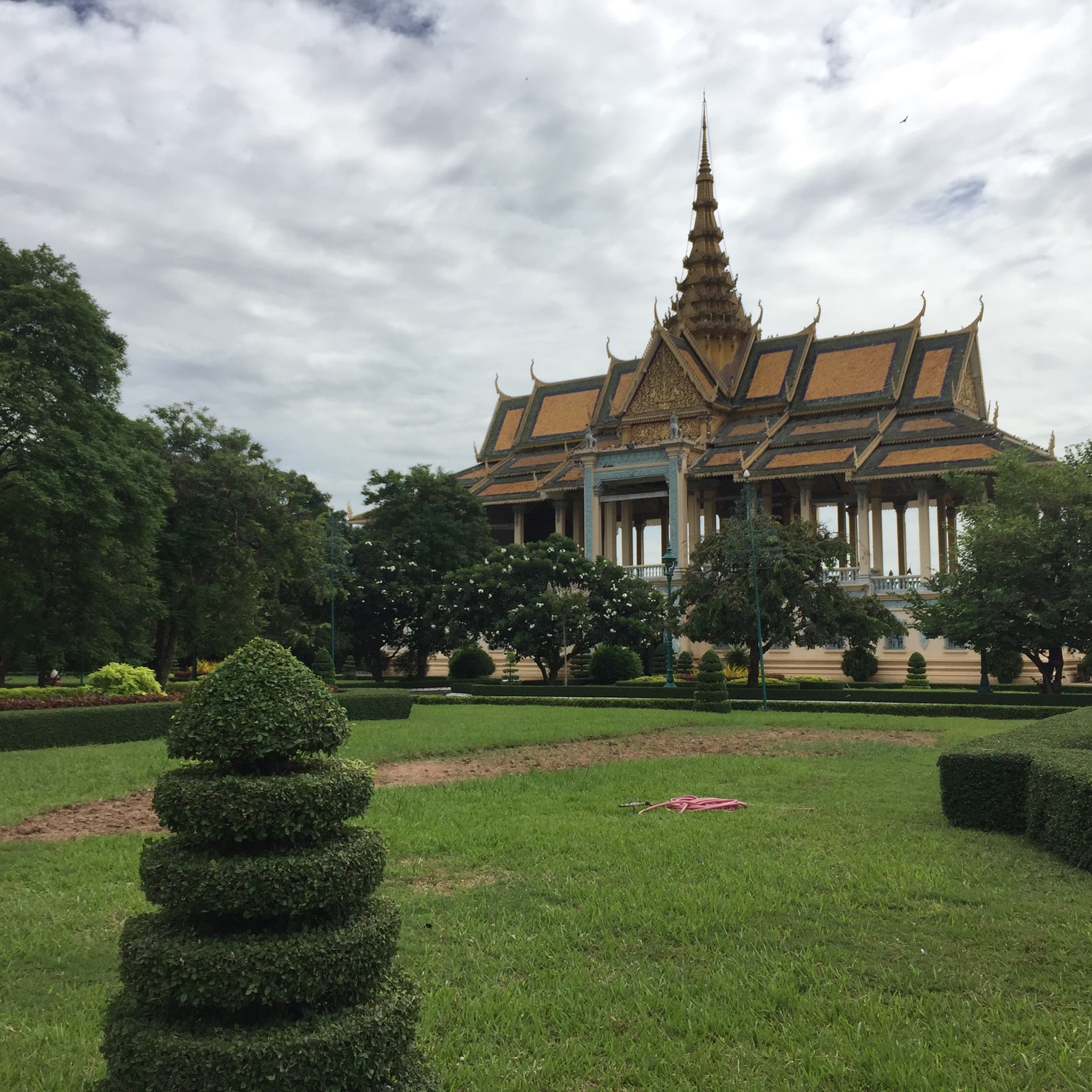 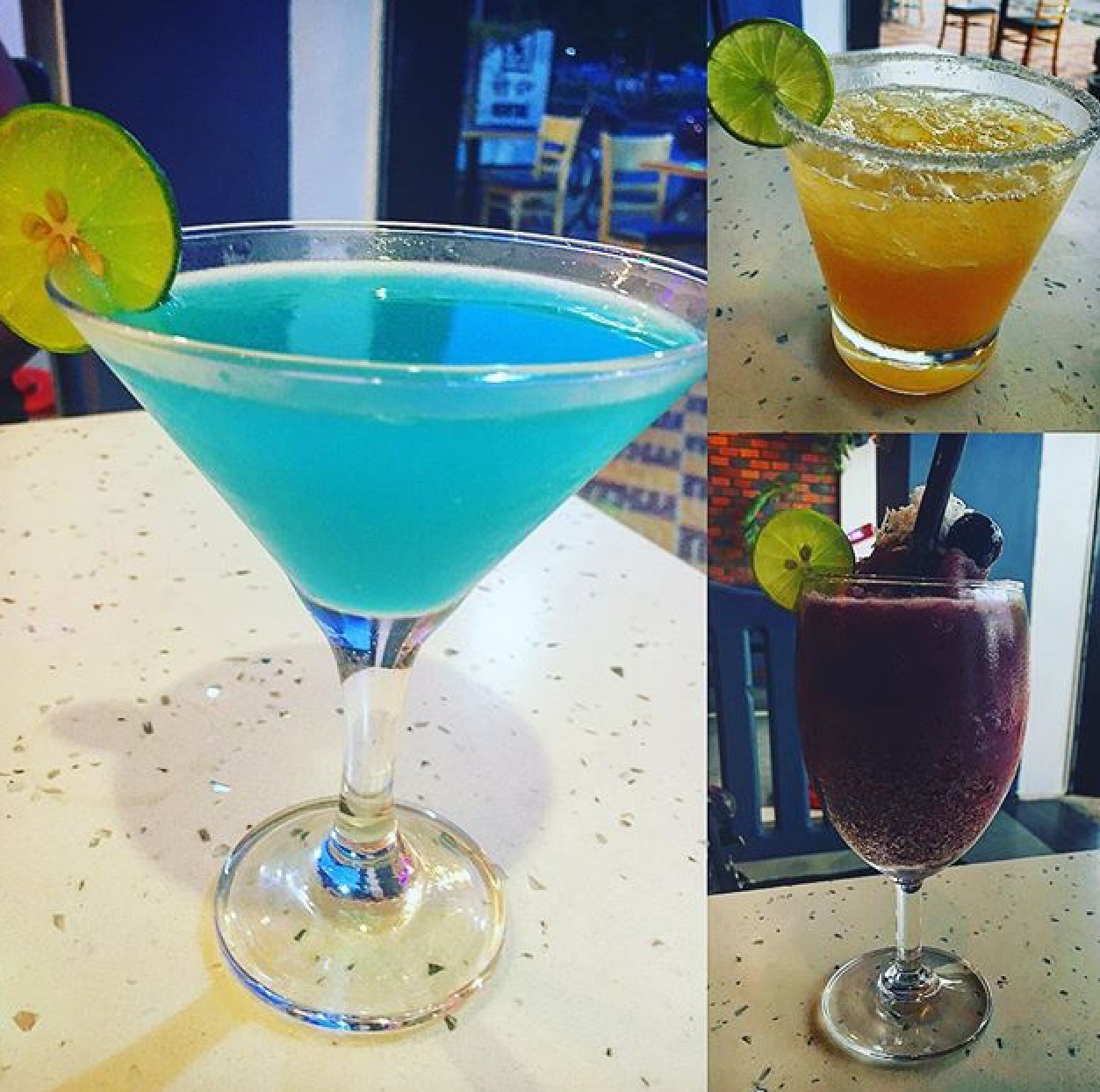